When a slave gets it wrong!!

Ok slaves, if you follow me on twitter you will have seen that all the slaves I have had through the door over the previous 2 weeks did not have the decency to bring their Mistress, Princess, owner any flowers to replace the dead ones in my vase on the window sill.

But wait!! I got this one slave that lives to be humiliated by me, bring me the shitest bunch of flowers I ever laid my amazing blue eyes on!

Now I have to say I do enjoy this one slave immensely. This slave is such a complete fuk up it makes abusing and humiliating him come so very easy. 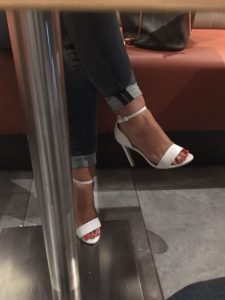 I like to pick this one up in my car n take him to my fav restaurants before dragging him off to my apartment’s play rooms to fully fuck his mind!!! While we’re in the restaurant I love to tease n scare him over the plans I have for him when I get him to myself. How I’m going to take of his own belt and beat him with it, striking it across his naked arse. The perfect sounds of it connecting with his skin then whimpers coming from his already gagged mouth… I’m now feeling my own heart race with excitement. 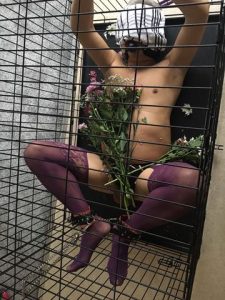 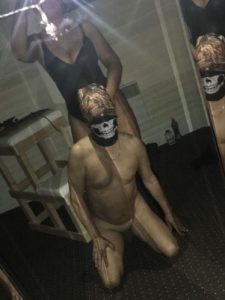 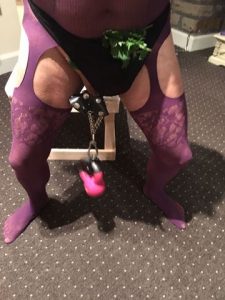 But on this last occasion he got into my car handing me this bunch of flowers that quite frankly looked like he’d stolen them from a petrol station.

I looked at him, he had the dumbest grin on his face thinking he would be in good books for his good work, when in reality he was going to be violated to the deepest limits of my imagination for the sheer embarrassment of the weeds he had just presented to me.

I threw the flowers on the back seat in total disgust. His face dropped realising he had yet again got things very wrong.

In the restaurant I felt I needed to explain the extent of his insult and how he was about to be punished harsher than usual. About how not only am I going to use his belt to beat him with but also to wrap it tightly around his neck and watch him loose his breath and that he needs to pray to which ever god created such a fuck wit, that I know how to play that game well enough to know when to let go of the pressure on the belt to keep him alive!!!

I see his face fill with fear and this sight before me makes me smile I can smell the fear from across the table. As he’s nervously drinking his water I see in his face that he knows the fear is turning me on with such effect that he knows this is his place in life. To be the wimp that cowers at the mere tone in my voice. He loves his Mistress but he knows the only affection he will get from her is the one that holds the power to crush his world into a million pieces… and when you love someone as much as he loves me u beg for any kind of affection that can be dished out to you. Smiling I tell him that before all this punishment takes place I will piss all over him and the pathetic flowers he dared bring to me so that he stinks of the sweet nectar of his Mistress all through his demise.

I push the bill his way, he throws the cash down, I walk off excited to get him to the apartment. He scurries behind me even knowing exactly what his fate is he still follows his Mistress!!

I’m taking a family holiday this week and will return to chambers Saturday the 3rd of June. So u all have a week to sin then come and be punished for it. I will still be taking calls so call to book in for the date of my return